GOLFTEC: One Golf Shot & He Was Hooked 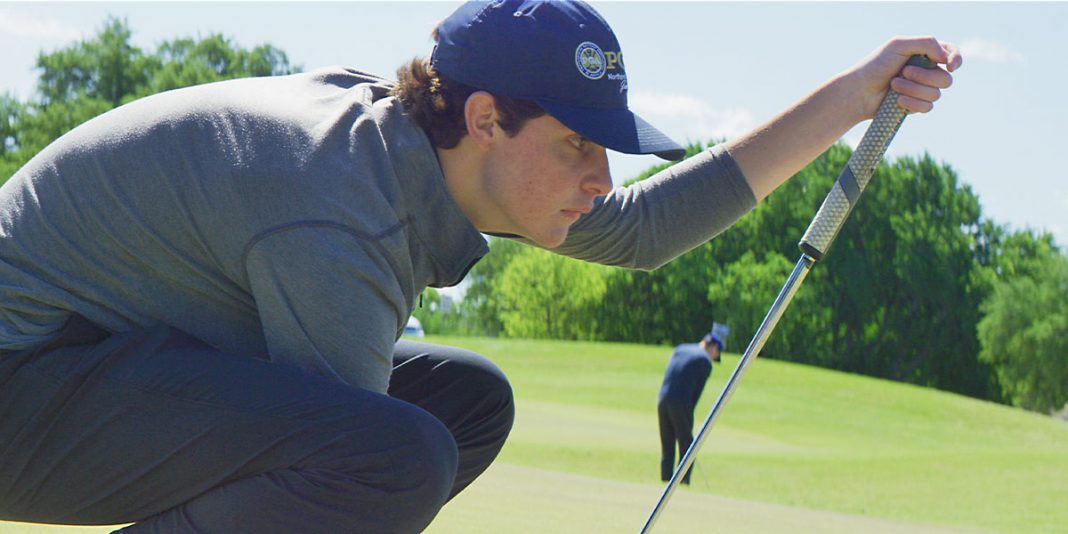 Golf means something different to every one of us, but for Nolan, it changed his entire life.

Do you remember what got you hooked on the game of golf? Was it Tiger Woods slipping on a green jacket? A Ryder Cup match that had you on the edge of your set? Maybe a Sunday afternoon round with your dad and grandpa? Or was it a single strike of the ball that changed everything?

For Nolan, it was that one shot, a nice little draw that turned his interest in the game of golf into a full-fledged passion.

First introduced to golf by his grandfather, Nolan didn’t take the game seriously. He would hit a few shots here and there, putter around – something many of us could relate to when we were younger.

Armed with only four clubs in his bag, the then 12-year-old made his way into a GOLFTEC to learn a little more about the game. With a personal best of 100, Nolan had bigger dreams than just shaving a couple of strokes off of a triple-digit number.

“He told me pretty early on in the process ‘I’m to play big-time golf, I want to go play college golf,’” said Adrian Kelley, Nolan’s coach.

There was a lot of work to be done to get Nolan to that level of competition. After a couple of hard discussions about the actual time, practice, and dedication it would take to reach that stage, Nolan started his mission.

Five years later, he’s become the equivalent of a gym rat at GOLFTEC. He comes in almost every single day, even on days when he doesn’t have a lesson scheduled with Adrian, to keep working on his goal.

The rounds of 100 are long in the past as he now averages in the mid to upper 70s. Adrian and the GOLFTEC family has not only seen the progression of a great golfer but a great young man as well.

The thing about golf is that no matter what gets you hooked; the path this game can lead you down is full of opportunities.

Nolan was fortunate enough to have had GOLFTEC enter into his life at such a young age, and we’re honored to be an instrumental part of his golf story. But improvement can happen at any stage in life and if you’re ready to start your own golf story, now is the perfect time because, for a limited time, lessons and club fitting are up to 20% off.