TPC Colorado, which debuts next spring in Berthoud, was worth the ten years of waiting for a new golf course in Colorado. 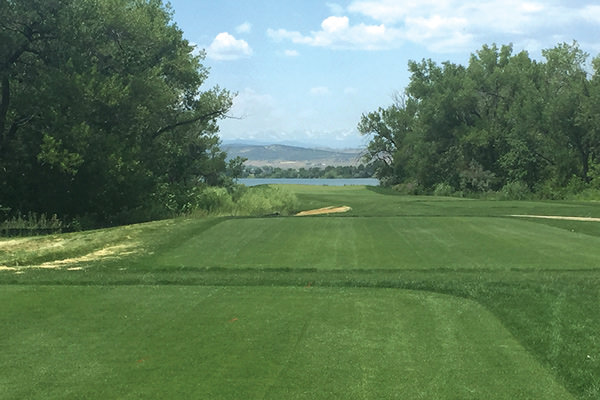 NEARLY A DECADE has passed since a new golf course opened in Colorado. But to say TPC Colorado, which debuts next spring in Berthoud, was worth the wait understates its significance.

Designed by Highland Meadows architect Art Schaupeter, the TPC Colorado course occupies 110 acres of a new 800-acre development called Heron Lakes—so named because it comprises Lonetree, McNeil and Welch reservoirs and hosts a sizable heron rookery. The Lonetree Marina will offer waterside dining in view of the larger boats plying the waters, while the McNeil Beach Club will attract kayakers, paddleboarders and other recreationists.

To the west, Longs Peak, the Twin Sisters and distant serrated silhouettes rise to create a striking backcloth. Nearly nine miles of hiking and biking trails will ribbon the property, the final build-out of which calls for 1,118 homes—comprising multimillion-dollar custom estates, luxury cottages, high-end condos, townhomes and patio homes. Although downtown Berthoud and I-25 lie just minutes away, 30 acres of the enclave is zoned for mixed use, allowing for small businesses. The 40,000-square-foot clubhouse, scheduled for completion next summer, will serve as the community hub and afford a perch from which to see the action on the course. 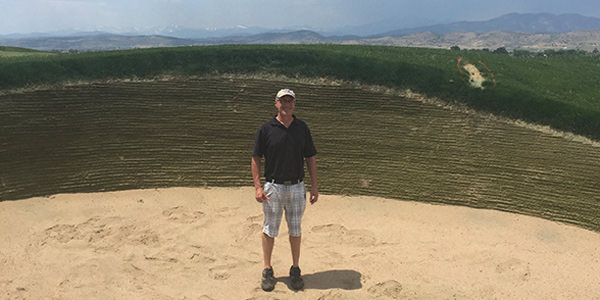 And there’ll be plenty of that. Not only will the layout feature the state’s longest hole—the 762-yard 13th—but it will also stretch to 7,962 yards for the Web.com Tour players who could be competing here as early as 2019.

That’s right. If all goes according to plan, TPC Colorado will become a regular stop for players hungry to earn their PGA Tour card—and the golf fans hungry to see them.

It also should become a regular stop for anyone who wants to play 18 remarkable holes. Though it’s a beast from the tips, TPC Colorado won’t be regarded as much for its length—each of the four sets of “men’s” tees trims 500 to 700 yards, with the lone set of forward tees clocking in just north of 4,100—as for its features and strategy. The holes play into and against the fickle waterfront winds and feature classic characteristics such as sod-faced and pot bunkers, fescue rough, a Biarritz green, closely mown green surrounds and varying fairway and green sizes.

One of three reachable par 4s, the short sixth suggests the 10th hole at Riviera. A 104-yard St. Andrewsesque Hell Bunker yawns menacingly on the long 13th, and the 164-yard par-3 16th evokes the 16th at Augusta National. Nicknamed “Center Stage,” the hole requires a plunging tee shot from near the clubhouse patio to a heavily bunkered green framed by McNeil Reservoir and the mountains beyond.

Its affiliation with the PGA Tour means TPC Colorado will maintain the highest standards of service and course conditions. “They require a practice putting green near the 10th tee,” explains General Manager Larry Collins. “There’ll also be a grill along the water, right by the ninth green.” 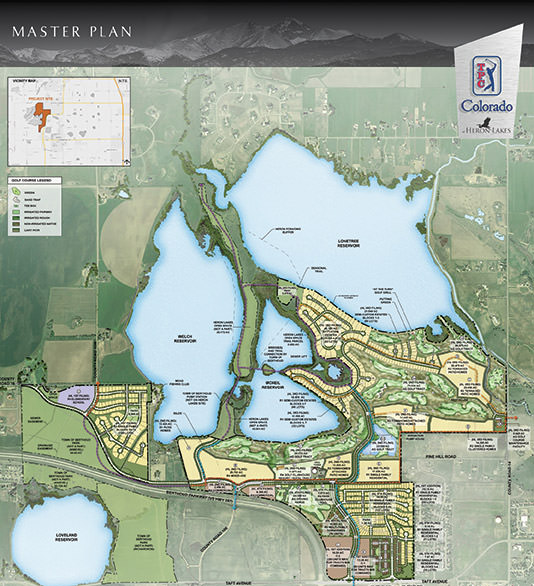 Having worked at TPCs in Florida, Tennessee and Arizona, Collins is well qualified to run this operation. He liaises with the development team of Jon Turner, Chris Frye and Jim Birdsall, and numerous TPC personnel, including Senior Vice Presidents Cal Roth and John Hugghins—with whom he worked at TPC Plum Creek in Castle Rock in the 1980s. “Their support is unbelievable,” Collins says.

The semi-private club will welcome public play when it opens next spring, but a variety of membership packages are available. Charter memberships run $25,000 with monthly dues of $325-$425. Those who purchase a home in Heron Lakes pay $12,500 and $325, while those who buy in its exclusive Rookery subdivision get the initiation waived. The club also sells junior and corporate memberships. Members get access to the TPC Network of courses.

“We’ve sold 21 memberships since the roll-out at the end of June,” Collins reported in mid-July. “Our prospect list through word-of-mouth is now 180.” Heron Lakes has also sold 109 of the first 126 lots offered.

It seems the wait has been well worth it.

This article appears in the August/September 2017 issue of Colorado AvidGolfer— the state’s leading resource for golf and the lifestyle that surrounds it, publishing eight issues annually and proudly delivering daily content via coloradoavidgolfer.com.

Golf on the Gulf

Alabama’s snowwhite beaches lead to some sweet greens and fairways.

Swinging into the New Year with The Club at Pradera

Explore one of top golf trip destinations in the US

Find Yourself at the Ventana Canyon Club & Lodge

Escape To A Private Desert Hideaway.