When golf courses began reopening in spring after being shut down due to the novel coronavirus, Tom Woodard told his bosses at the Foothills Park and Recreation District that there was a chance they could still meet their projected revenues. Not long afterwards, Woodard, the director of golf for the district, amended his prediction upwards, saying they would hit the mark—by June. Less than a month later, Woodard said, “I was telling them we were going to blow it out of the water.”

“It’s crazy; before it used to be you were busy during the prime times—Friday, Saturday, Sunday—in 2020 it didn’t matter. We didn’t even know what day it was; we would come in and the entire day would be totally booked from open to close.” 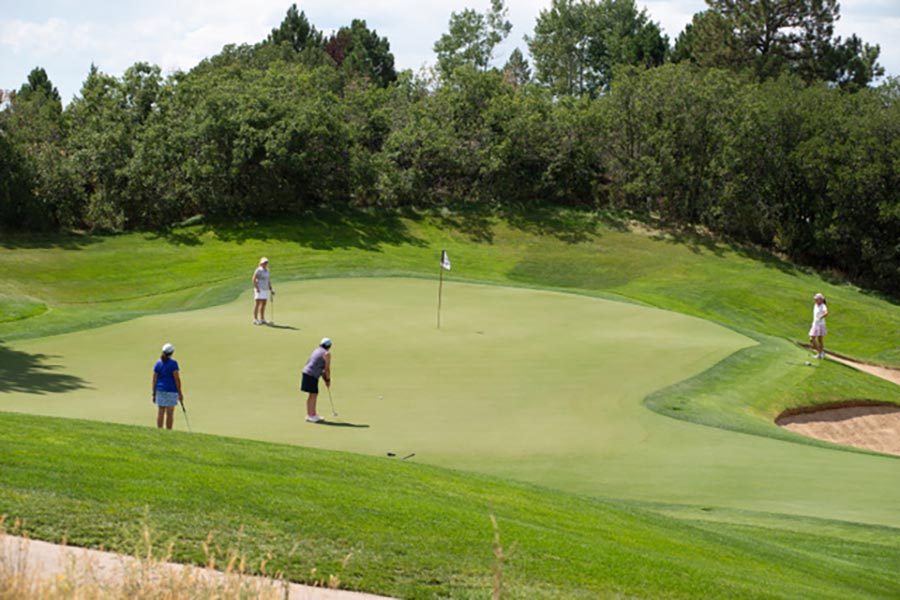 Woodard’s tale could be repeated almost anywhere golf was played last year—in Colorado or nationally. While the pandemic wreaked havoc in any number of areas that deal with entertainment and discretionary dollars—think restaurants and movie theaters—golf thrived. When state and local governments began easing lockdown measures, golf was quickly seen as a perfect safe space—players were outside and largely socially-distanced. Facilities quickly adopted measures to help combat the virus, taking rakes out of bunkers and prohibiting touching flagsticks in the name of preventing shared contact. For most of the season, players were only permitted to use carts if they rode alone—often they skipped the vehicles altogether, as walking the course grew in popularity.

According to the National Golf Foundation and Golf Datatech, in June, the number of rounds played increased by 14 percent over the previous year; in July the increase was 20 percent; in August 21 percent, then 26 percent in September and 32 percent in October.

In November, the year-over-year gain was 57 percent nationally.

The trend in Colorado, which saw membership in the Colorado Golf Association reach 62,000 people, its highest mark in a decade, was even more striking.In the month of November, the number of rounds played was up 102 percent from 2019. Over the first 11 months of 2020 (December hasn’t been figured in yet) the overall increase in rounds played in the state in 19.6 percent—more than six percent higher than the national average.

“People are looking for things that they can do together in a safe environment, and the game of golf offers it in a fantastic way,” said Eddie Ainsworth, the CEO and executive director of the Colorado PGA.

But now that the calendar has turned over to 2021, with the rollout of a vaccine to the coronavirus beginning to be distributed natioaally, there’s a chance that those other areas that lost so many discretionary entertainment dollars will see an increasing return to normalcy. Does that mean that the incredible gains made by golf last season will prove to be a one-off?

Ainsworth argues that now that more individuals—and families—have become reacquainted with the game, it’s incumbent upon the industry to find innovative ways to keep them coming out to courses. He cites PGA Junior League programs as an outlet for kids; last year the organization also launched Doubles Golf, which is played in a Scramble-like format with two-player teams.

Both players hit drives, with the best shot selected, then each player plays from that spot. That process continues until the ball is holed.  In 2021, Doubles Golf Leagues will be offered at courses across Colorado, with teams featuring Men’s Doubles, Women’s Doubles, Mixed Doubles, Senior Doubles and Adult/Child Doubles. 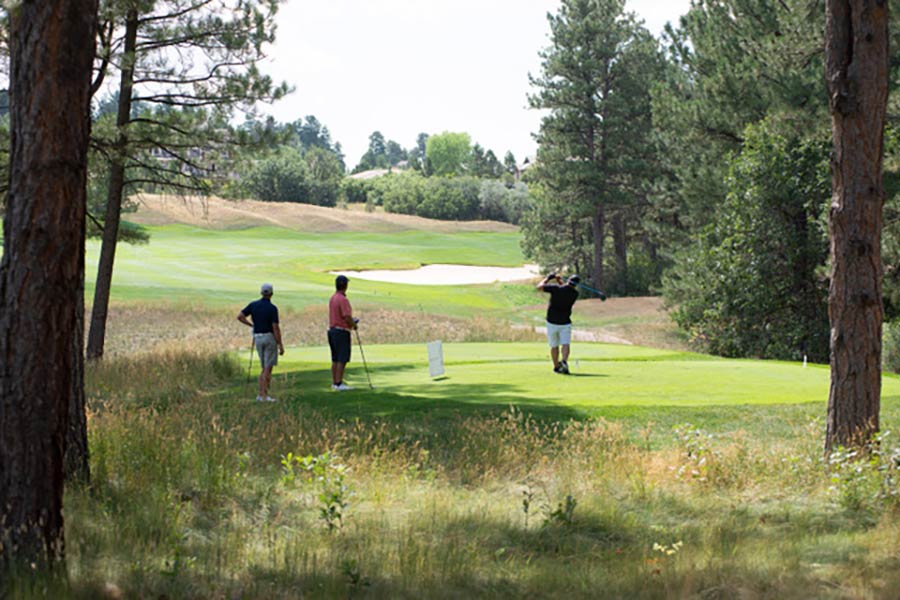 “It’s a great way for beginners to enjoy the game, and it’s an extremely fun format where you get to enjoy the great outdoors of Colorado,” Ainsworth said.

For his part, Woodard says it would be naive to think that the dizzying heights reached in 2020 will continue unabated this year, but he’s quick to add that he expects the momentum that hurtled golf to its best year since the Tiger Woods phenomenon struck in 1997 to continue.

“Nobody saw all of this coming, but even before COVID, there were signs that people like Millennials were beginning to get into the game,” he said. “We get lots of play late in the afternoon where golfers will come out with three hours of daylight left—they don’t care about finishing 18 holes, they just want to get in as much as they can.

“And I was listening to the news this morning; even with the vaccine starting to be distributed, the thinking is that we won’t reach anything close to herd immunity until late July or early August. So I’m guessing that at least until then, golf will continue to see numbers like 2020…I mean, it’s January and I just looked at our tee sheet—if the forecast says the temperature is going to hit 40 degrees, we’re all booked up.”

One of the few industries to thrive amid the pandemic, golf saw its best season in decades. By Anthony Cotton When golf courses began reopening