Turning Up the High Heat with the Knuth 257+

Knuth Golf jumps into the fire with the new 257+ line’s proprietary three-trampoline technology. A review of the Knuth High Heat driver and wood family. 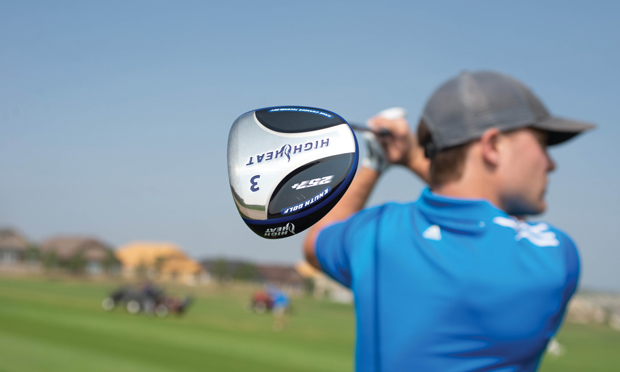 Knuth Golf jumps into the fire with the new 257+ line’s proprietary three-trampoline technology.

Available only through KnuthGolf.com, the driver costs $499.99; the fairway metal, $329.99; the hybrid $257.99. Colorado AvidGolfer readers receive 15% off all orders. When ordering, simply select “Colorado AvidGolfer” in the dropdown screen. Knuth Golf’s 30-day full money back guarantee applies to this special offer. knuthgolf.com 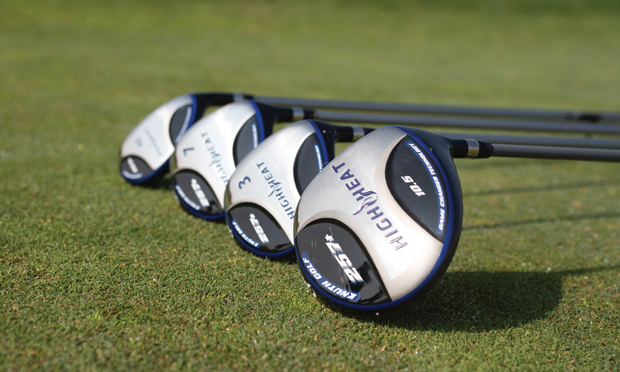 Three years ago, Knuth Golf’s High Heat driver made a lot of noise, and we’re not talking about the resounding ping of the ball coming off its clubface.

Designed by former U.S. Navy and USGA mastermind Dean Knuth, the High Heat employed revolutionary technology that resulted in greater lift, distance and forgiveness on off-center hits. Even hardboiled members of the golf press called it “a game-changer” for amateur players, and the subsequent release of a fairway metal and hybrid generated similar raves.

Now Knuth has changed the game-changer with the High Heat 257+ line. 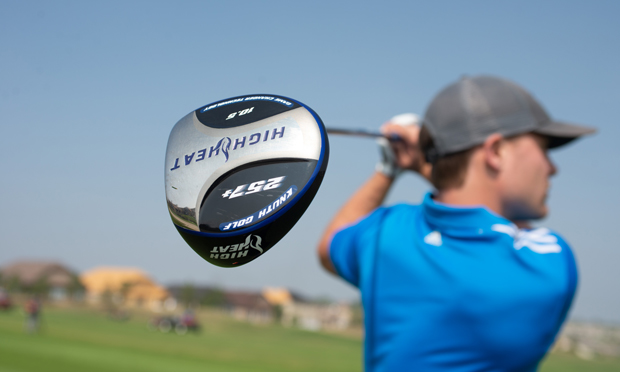 The 257+ line looks different than its predecessor. Gone is the electrifying cobalt head in favor of a black one with blue trim. The patented beta titanium mirror face remains, as do Knuth’s patented Optimal CG Game Changer and Fire Zone Face technology, which help shots coming off the heel or toe, or near the crown or sole, go further and straighter when hit by amateurs who lack Tour players’ swing speed.

What really sets the 257+ apart is the “3-Trampoline Technology” in the face. The 257+ takes advantage of the USGA and R&A’s 2016 decision to update the “Spring Effect and Dynamic Properties” Rule permitting a conforming clubface to have a higher Characteristic Time (CT)—that is, the amount of time a golf ball can stay on the face. The greater the CT (measured in one-millionths of a second [µs]), the greater the ball’s energy for more ball speed and distance. 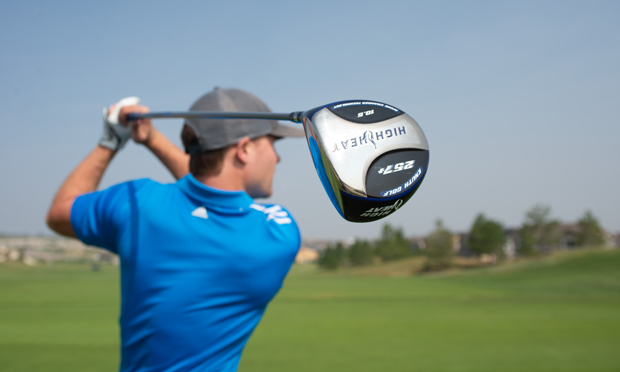 A clubface’s heel and toe can therefore have a greater CT than the center, meaning a potential increase in distance on off-center hits. But the major brands haven’t exploited this. Their drivers score an average CT of 242 µs in the toe, and 216 µs in the heel. In comparison, the 257+ averages 266 µs on both ends of the face, thanks to its novel trampoline-like technology created in the heel and the toe areas instead of just having one trampoline for the entire face.

How much do millionths of a second matter? Testing the High Heat 257+, I found its still peals when I make contact, but intentional and unintentional mis-hits came off the titanium face hotter and traveled straighter and longer than they did with the club’s prodigious predecessor.

An even bigger advantage came with the 257+ 3-metalwood and hybrid, both of which average the same 266 µs on the toe and heel—as much as 68 percent more than anything produced by the major manufacturers.

Also, unlike other manufacturers, Knuth uses titanium instead of steel on the faces of the 3-metalwood and hybrid. This produced an explosive quality from these clubs—as well as a consistency of ball flight and ball speed—that I normally only experience with my driver.

Back in his USGA days, Knuth first helped amateur golfers by inventing the Course and Slope Rating Systems that’s in use all over the world. That feat earned him the nickname “Pope of Slope.” Now, that he’s helping amateurs with the High Heat 257+,  maybe he can add the nickname “King of Clubs.”