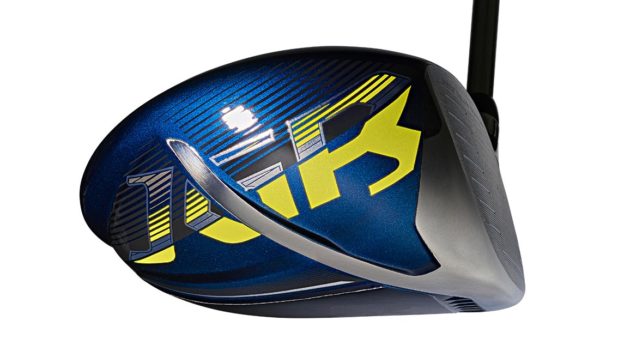 The Bridgestone Tour B JGR Driver

Renowned for its golf balls, Bridgestone looks to gain market share with its Tour B JGR family of clubs.

Earlier this century, Bridgestone went on the offensive as a golf-ball company. It took on Titleist’s enormous market share and, to its credit, made some headway forging a name as the industry’s foremost ball-fitter, and becoming the No. 2 ball manufacturer in the US.

Because of the success it achieved in the ball market, its clubs slunk into the background—good clubs certainly, but not marketed with near the same thrust and ambition. And the gap in attention and commercial success between the company’s clubs and golf balls was only going to widen once Tiger Woods signed on, in December 2016, to play Bridgestone balls…but not its clubs.

Woods said Bridgestone made ‘The best ball I’ve ever played. Period.” Then Angel Ilagan, former President and CEO of Bridgestone Golf, said the company’s commitment to “producing the best balls on the market” was largely responsible for the company’s record growth in 2017.

Such statements seemed like nails being driven into the manufacturer’s club coffin. The popularity of Bridgestone balls was coming at the expense of its clubs.

You could, in fact, be forgiven for wondering if Bridgestone had any skin in the club game, so infrequent and quiet were its equipment launches in recent years.

In June, however, Dan Murphy, the company’s former Senior VP of Sales and Marketing, took over from Ilagan who, despite celebrating last year’s successes, had actually seen Bridgestone drop from 2nd to 4th in golf-ball market share and had done precious little to increase people’s awareness of its clubs.

It’s too early in Murphy’s reign to know whether or not he intends to up Bridgestone’s involvement in categories other than golf balls, but just three months into his tenure, the company announced the introduction of several new clubs.

All Bridgestone clubs are now labelled Tour B—Tour B X for better players; Tour B JGR for game-improvers. Two Tour B X irons—the Tour B X-Blade and Tour B X-CB—appeared alongside three Tour B X drivers at the beginning of last year, and now Bridgestone is introducing a family of Tour B JGR products that went on sale Monday.

Included in the line-up in the Tour B JGR driver, fairway metals, hybrids, and two sets of irons—the HF1 and HF2.

Perhaps the most distinctive feature of the driver is the power mill face which Bridgestone claims keeps the ball on the face for a fraction of a second longer, thus lowering spin. The company maintains its new crown design results in more flex at impact to increase ball speed, while internal weighting promotes a slight draw.

The HF2 irons are aimed at mid-handicappers who want a forged feel combined with impressive forgiveness. The exceptionally-thin face features Bridgestone’s Power Slit Face Design which is engineered to increase the club’s COR toward the bottom of the face, giving a little extra forgiveness on thinly-struck shots. A rubber polymer insert in each head increases feel and reduces vibration.

The forged, wide-soled HF1 is for higher-handicappers who rarely get the chance to

hit something other than a cast iron. The face is of variable thickness, while the head features an extremely low Center of Gravity (CG) to help the game-improver get the ball up in the air.