GOLFTEC Golf Science: Today’s golf clubs offer improvements in moment of inertia (MOI) to help your mishits more than ever before... 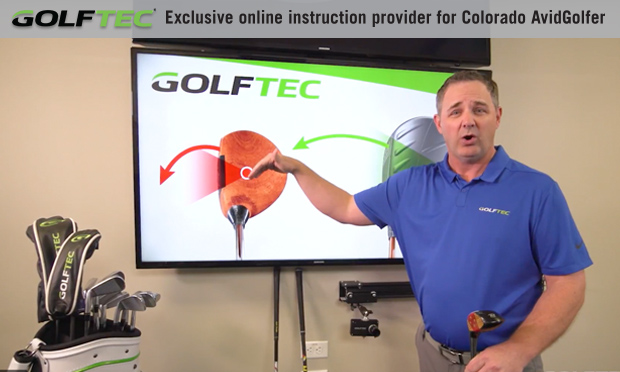 [easyazon_infoblock align=”right” identifier=”B078VBVFGM” locale=”US” tag=”coloradoavidg-20″]It’s no secret “hitting the ball on the screws” doesn’t matter nearly as much with your tee shots as it used to, considering the major improvements in golf club design over the past 20 years or so.

Strong, lightweight materials, moveable weights and adjustable hosels have become the mishit-friendly norm, replacing those technology-limited persimmon heads that needed a near-perfect strike to hit the ball anywhere close to the fairway.

A key design advancement responsible for that is improved moment of inertia in the clubhead.

What is moment of inertia?

Generally known as MOI in the golf world, moment of inertia is basically the measure of a clubhead’s resistance to twisting when a ball is struck away from the sweet spot. This means the higher the clubhead’s MOI, the less it will twist and the straighter the ball will fly on a mishit.

Newer, larger drivers, such as the one in the image below on the right, have increased MOI across a bigger area of the clubface compared to the older wooden driver on the left.

This is mainly because the newer driver’s center of gravity (CG) has moved significantly farther back in the head due to its size and weighting properties. That helps it maintain a higher degree of stability, or MOI, when a ball is struck away from the sweet spot.

When it comes to the flight of the ball on any mishit, the amount of MOI a club has dictates how much gear effect is activated. Gear effect is the resulting starting direction and spin imparted on the ball when it’s struck away from the club’s center point.

In both cases, gear effect will still not help the ball fly as straight and consistently as a shot stuck in the center of the club’s effective sweet spot.This simply means that if you hit a shot on the toe of your driver, the face twists away from the target, and “draw” spin is put on the ball which helps it fly back toward the target line. The same holds true for a shot hit on the heel, but in the opposite manner.

How MOI influences your shots

A driver with high MOI minimizes both the twisting of the clubface and gear effect for mishit shots across a larger portion of the face than a driver with low MOI.

In the past, drivers with high MOI would sacrifice ball speed (yardage) on center hits compared to drivers with a more optimal CG position that maximized energy transfer to the ball, but with lower MOI.

The latest driver technology, however, has come a lot closer to providing the best of both worlds. That means drivers are now both long and forgiving!

Take a look at the video below for a further explanation of MOI and how it affects your golf shots. And, as always, find an expert club fitter at a GOLFTEC near you who can help you with all of your equipment needs.

VIDEO: How Moment of Inertia Affects Your Shots