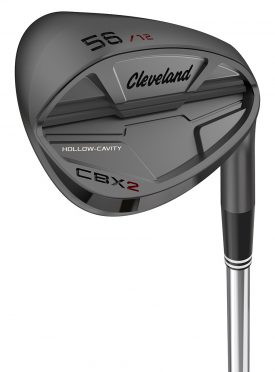 Cleveland’s game-improver wedge – the CBX 2 – now comes with a darker, more subdued complexion, and we love it.

They had cut a cavity into a couple of their previous wedges, but those clubs (like the RTX-3 CB) evolved from blade wedges built primarily for better players. With 2017’s CBX, however, Cleveland Golf built a wedge that was born with a cavity and whose sweetspot moved from the heel toward the center of the clubface thanks to something called Feel Balancing Technology created, basically, by a wider sole at the toe end of the club. It was a forgiving, high-MoI wedge for the mid to high-handicapper who played cavity-back irons – only about 85% of the world’s golfers.

In August of last year, the CBX 2 built significantly on the cavity concept. A hollow chamber in the heel and weight positioned near the toe combined to boost the MoI, maximizing forgiveness. And there was more – a Gelback TPU inset dampened the vibration of impact, and fourth-generation Rotex grooves and some ‘aggressive’ face-milling delivered exceptional spin, enabling those mid/high-handicappers tohit those cool bounce-and-grab shots we see on television.

The CBX and CBX 2 were hits. Cleveland’s PR specialist Noelle Zavaleta confirmed that though she was unable to publish specific sales figures, the CBX 2 had ‘exceeded expectations’, and Mike Powell, President of North America Sales and Marketing at Cleveland Golf, called it a ‘revolution’. That might have been a tad hyperbolic, but which marketing manager at a golf manufacturing company isn’t guilty of a little immoderation now and again? And to be fair, this pair of wedges did fill a hole that manufacturers had allowed to grow unchecked.

The CBX 2 was available to both right and left-handers and, naturally, came in a variety of lofts and sole grinds. Strangely though, it was offered in only one finish – Tour Satin.
Cleveland recently announced, however, a Black Satin finish would be added to the CBX 2 line. It hit stores last Friday and, given the success of the RTX Zipcore Black satin, we’ve little doubt it too will prove extremely popular. 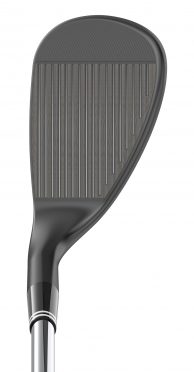