Buick has had outsized success with the Encore, a subcompact crossover that resonated especially with young people and empty nesters.

Building upon that foundation, they’ve added the Encore GX, a slightly larger model. The company’s current niche is between mainstream brands and established premium players. As such, value, feature content and perceived quality are all important criteria for the GX to be successful.

Buick has done a masterful job with styling; though the Encore GX is tall and fairly narrow it looks upscale and classy. That upright stance means plenty of room for driver and up to three passengers—four would be a squeeze. There is a decent amount of cargo room too, proving the logic of the hatchback layout. Interior ambiance is decent with pleasing colors and shapes, though many of the moldings are unyielding to the touch. They are certainly no match for those inside a Mazda CX-30, another vehicle that now plies the space between mainstream and premium. That said, the Buick is much roomier. Its 8-inch infotainment touchscreen is fast and intuitive, and there is wireless Apple and Android phone integration and a Wi-Fi hotspot. The caveat is that the Bose sound system sounds much less tinny and hollow if you plug your device in via USB. The driver’s seat is 10-way adjustable, while the front passenger’s has a manual recline; this relic of GM’s past should have remained there. That said, the Buick had lots of lovely features, such as high-def surround view cameras that made parking a doddle, a head up display that doesn’t wash out when wearing polarized glasses and a good voice recognition system.

The Buick’s steering accuracy is good, though the stance doesn’t encourage enthusiast cornering. Ride quality is decent, befitting the company’s heritage, though a bit too much road noise enters the cabin for the kind of tranquility one might be expecting—at least over certain road surfaces. Likewise, the machinations of the tiny 1.3-liter engine at full throttle, as when merging onto the highway, don’t escape notice. Around town, or at a cruise, the 155hp Essence GX powertrain is hushed enough, and the 9-speed transmission* goes about its ratio shuffling with commendable classiness. The GX, like the smaller Encore, feels peppy in town thanks to its turbocharger. Fuel economy is good, too. On the safety front, adaptive cruise control is an option. It is standard on many mainstream competitors, but most premium companies like BMW and Mercedes charge for it. Autonomous emergency braking and lane assist are standard. Buick has a better warranty than mainstream brands, and its reliability ratings are always near the top. By and large—no pun intended—the Encore GX is a good addition to the Buick lineup and slots in nicely to the market niche within which it resides. 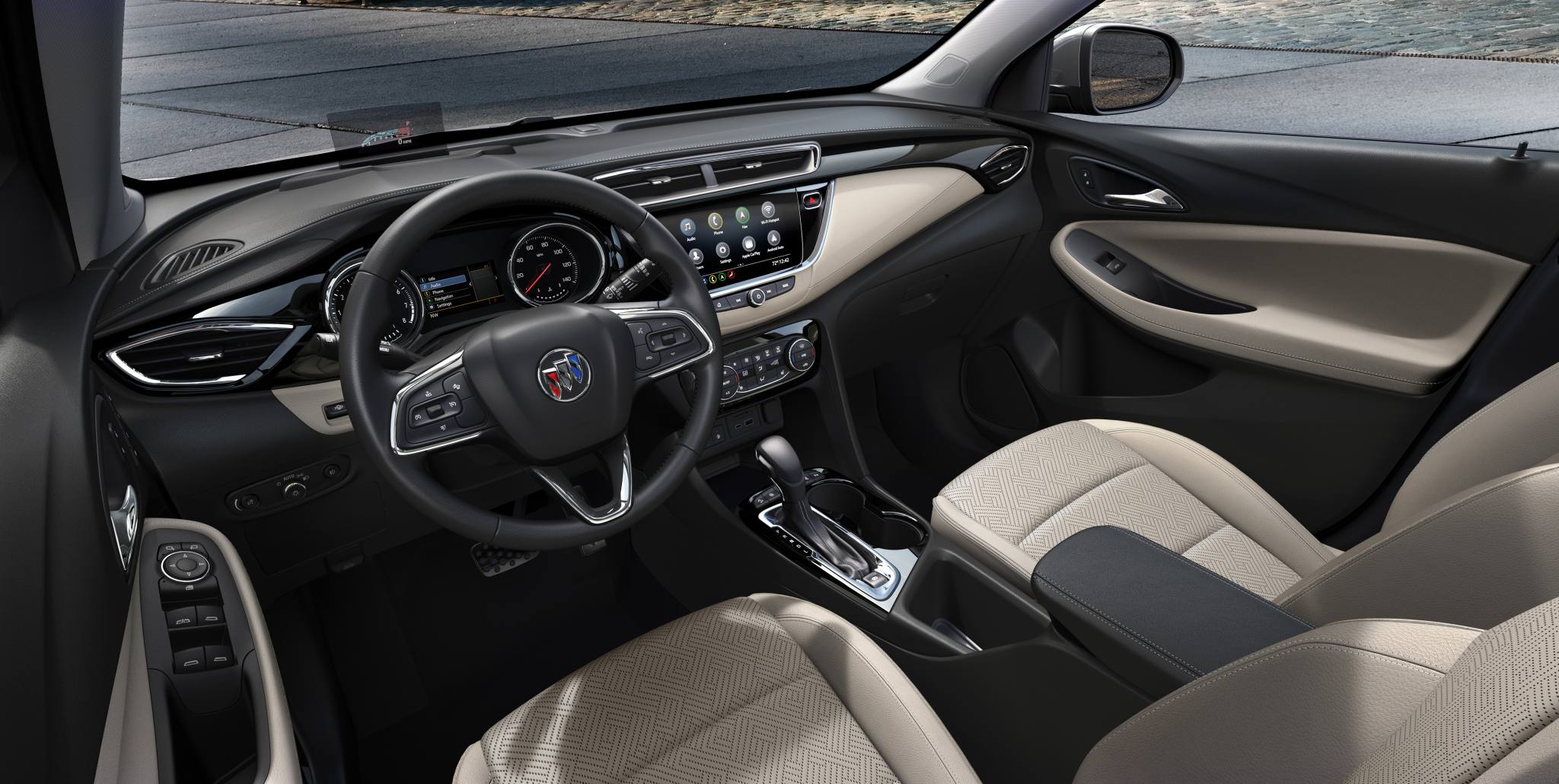 Here is what Buick has to say.