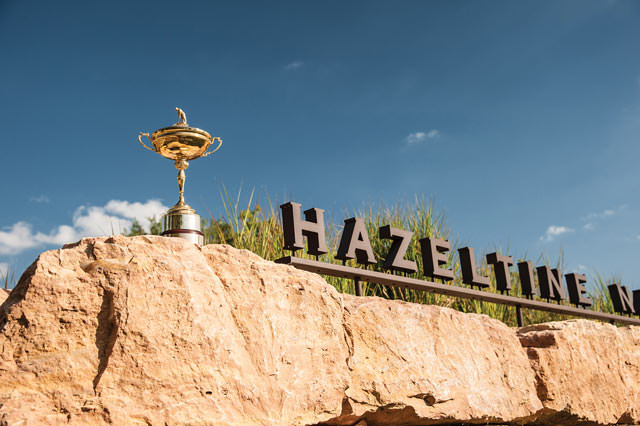 1. Davis Love III follows seven other men as a multiple-time Ryder Cup captain. Which of the following legends is not among them?

2. Which former Ryder Cup player said Hazeltine, then the site of 1970 U.S. Open, was missing “only 80 acres of corn and a few cows to be a good farm”?

3. In what year did the U.S. team lose for the first time in the United States?

4. Which course was the site of Jack Nicklaus’ famous “concession” in the 1969 Ryder Cup?

5. How many Ryder Cups have ended in ties?

6. Which American on this year’s team* has the highest winning percentage in Ryder Cup competition?

7. Which European on this year’s team* has the highest winning percentage in Ryder Cup competition?

9. Which European has the all time highest winning percentage (minimum of three  Ryder Cup appearances)?

b) The Country Club (Brookline)

11. Who holds the all-time Ryder Cup record for most points?

12. Which of these European countries has never had a Ryder Cup participant?

Scroll down for answers…

This article appears in the Fall 2016 issue of Colorado AvidGolfer. 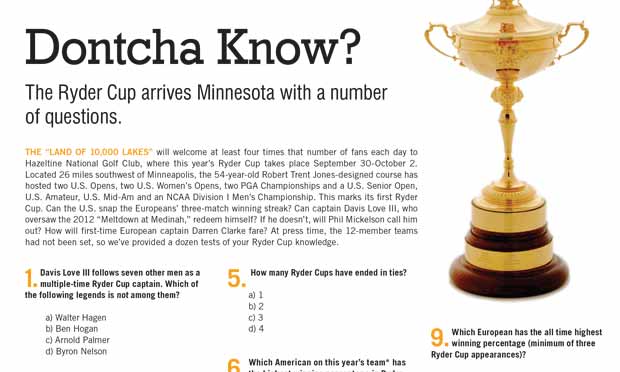 The Numbers Game: How data analysis is having an impact on the 2016 Ryder Cup

The Unseen Hours: The role of practice in preparation for the Ryder Cup

The State of Mind: How to ‘Get in the Zone’

How do you direct 4,000 Ryder Cup volunteers? Q&A with Eric Wilkinson