Riding High at The Ranch

The view from the first tee at The Ranch Country Club takes in the panoramic beauty of Colorado’s Front Range, the serrations of the peaks in the near distance suggesting a geological EKG pattern.

Yet this pulse-quickening start to a round at the 42-year-old private Westminster club has only existed since the club switched its nines in January. The view used to come on the 10th tee.

“The course begins more memorably now, and the new finishing holes are better than the old ones,” says PGA Master Professional Ed Oldham, whose career at The Ranch began in 1991. “And now players can drive or walk right up to the beverage station when they make the turn.”

Flipping nines is far from the only recent reversal of course at The Ranch (theranchcc.com). On August 3, the member-owned club cut the ribbon on its overhauled and expanded clubhouse as part of a $5.5 million renovation project designed to enhance the experience for existing members and to attract new ones—primarily those with young families. 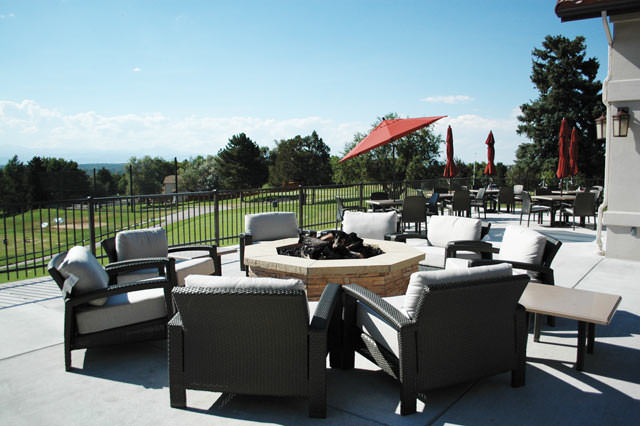 Considering it’s the only private golf, tennis and swim club within a 16-mile radius comprising such burgeoning towns as Westminster, Broomfield, Thornton, Louisville and Lafayette, you’d think The Ranch might have been able to draw new members without having to invest so heavily.

Not so, says past president Scott Wilkinson. “After consulting with numerous experts, everyone here realized we weren’t properly aligned with the amenities today’s discriminating buyers expect—family-friendly casual dining, fitness facilities, kids’ facilities. A club has to work for the entire family, and it has to be a place members are proud to bring guests.”

So last summer the members overwhelmingly approved a plan that would gut the clubhouse and expand it by 4,000 square feet; improve the golf practice facility with an 8,000-square-foot putting green and chipping area; add an event lawn; and a kid-friendly zero-entry pool to the swimming facility. A $50-per-month capital assessment has resulted in virtually no attrition, and, even better, The Ranch this year has signed up 40 new members—many who had only taken “hard hat tours” during the renovation.

It’s easy to see why. The entire club feels energized. The closed floor plan of the old clubhouse has become bright, open and flowing. The airy impression starts upon entering, where soffited ceilings raise the height of the long, sleek lobby two feet higher than it was before.

An impressive variety of gym equipment appoints the adjoining new fitness center. Clerestory windows brighten the spacious new 150-person meeting room. The kitchen doubled its size, taking over the space of the old banquet room and imaginatively expanding its à la carte and event menus in the process. 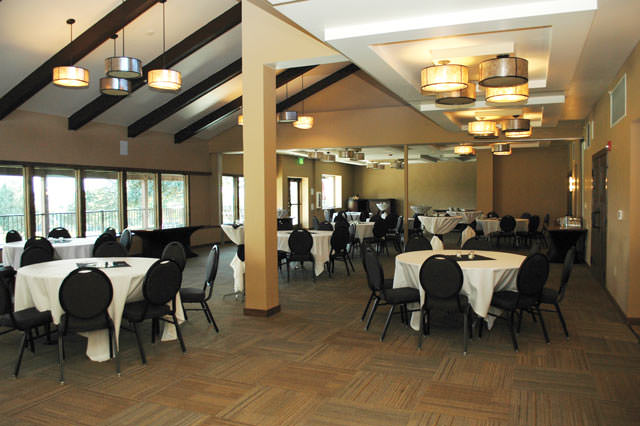 General Manager Mark Condon reports a waiting list already exists for the 45 wine lockers outside the dining area. Nearby, a kids’ activity room with arcade games and other amusements opens onto an enclosed outdoor playground area visible to adults through a glass wall from the restaurant.

That’s reassuring, but the most impressive view from the restaurant and bar comes through the west-facing glass doors that afford an even more majestic panorama of the mountains than the first tee does. “The way the club was before, the member rooms did not have the best views,” Wilkinson says. The west terrace routinely hosted nonmember tournaments and other events. ”One of our main design directives to the architect, Studio DH, was to highlight the view—a great asset. Another was to prioritize the member experience.”

Studio DH saw to both—so, too, did Waner Construction—as evidenced by the throng of members accompanying their views with the restaurant’s envelope-pushing club cuisine. They now gather around ten-seat community tables instead of pushing smaller four-seaters together. They spill out onto the ample patio—complete with a fire pit—that wraps around the building’s southwest corner and overlooks the flawless landscaping, sprawling practice area and 6,656-yard golf course. 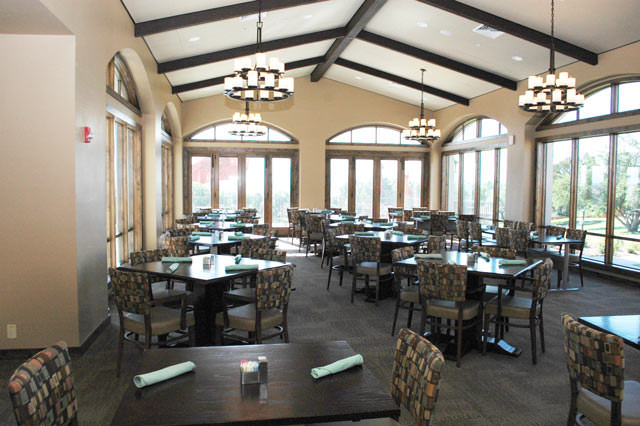 The Ranch encourages family play with active junior and women programs, as well as “combo” and “five horse” tees that can shrink the course to as short as 4,369 yards. There’s also a three-hole pitch-and-putt course between 12 green and 16 tee in addition to a 90-yard short-game area near the 16th green where adult members can work on scoring shots. Kevin Atkinson of Phelps-Atkinson Golf Course Design, who also did the landscaping around the clubhouse, continues to oversee the execution of the golf course master plan.

A full schedule of social, tennis and swimming programs fills the calendar. And more are being added as the membership roster grows. The club is recruiting from nearby corporations such as Ball and DigitalGlobe, as well as from the many public courses in the area. Even with the assessment, initiation and dues remain at or below those at most clubs.

As with panorama from the clubhouse and first tee, The Ranch took the long view towards membership growth, and it already appears to be paying off. 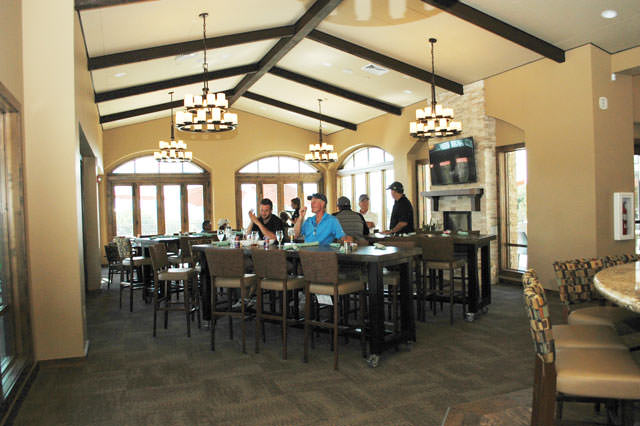 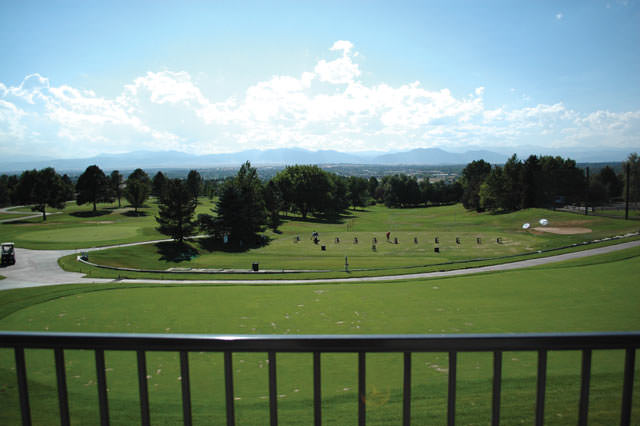 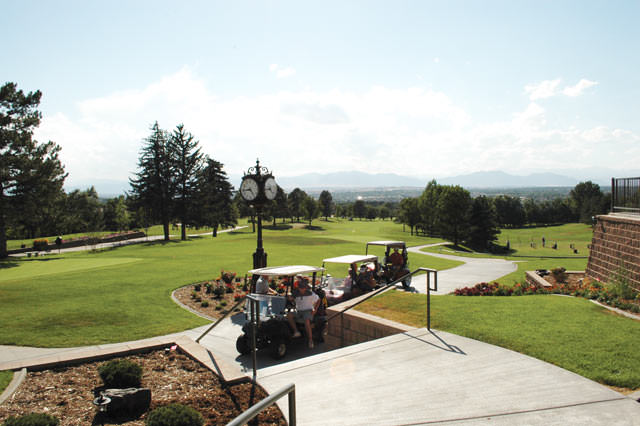 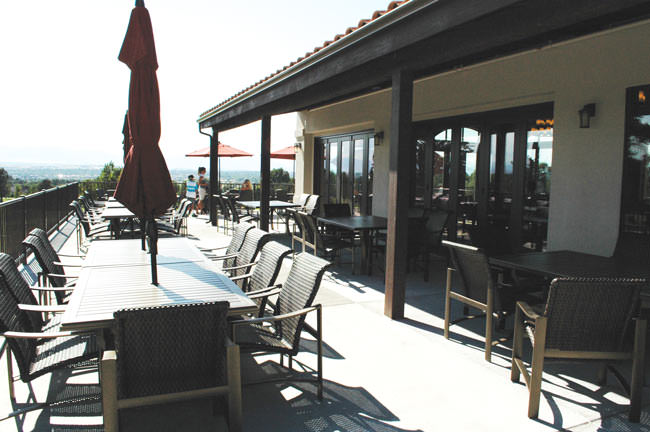 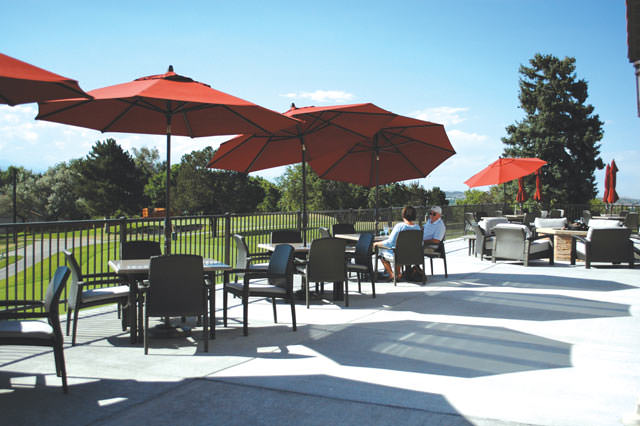 PrevPreviousRegistration Is Now Open for $125,000 Nevada Open
NextHow “Hot” Is Your Handicap?Next