At every glorious turn, Costa Rica’s Reserva Conchal delivers a version of paradise. Start planning your next golf vacation to this island paradise!

At every glorious turn, Costa Rica’s Reserva Conchal delivers a version of paradise.

BEFORE TEMPERATURES dip below your uncomfortable range, why not head somewhere where “whitecaps” describe ocean waves and not snow-peaked mountains, where navigating the terrain requires clubs and balls rather than skis and poles. That place is Reserva Conchal Beach Resort Golf and Spa, a luxury resort situated between white sand beaches and a “dry” tropical forest in the Guanacaste region of Costa Rica’s sparkling north-western Pacific coast. 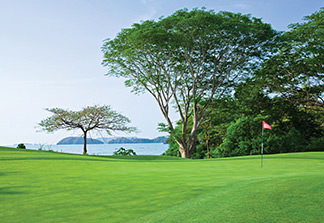 Notable golfers such as Jesper Parnevik and Hale Irwin have notched rounds here, as has the legendary instructor David Leadbetter. The list of accomplished players grew substantially in May when Reserva Conchal hosted the PGA TOUR Latinoamerica Essential Costa Rica Classic. The inaugural tournament—sponsored by the Costa Rica Tourism Institute—was the country’s first PGA TOUR event in more than 30 years, and the field consisted of 144 professional golfers from more than 25 countries. Guatemala’s José Toledo won with an 18-under-par, two shots ahead of Australian Ryan Ruffels. 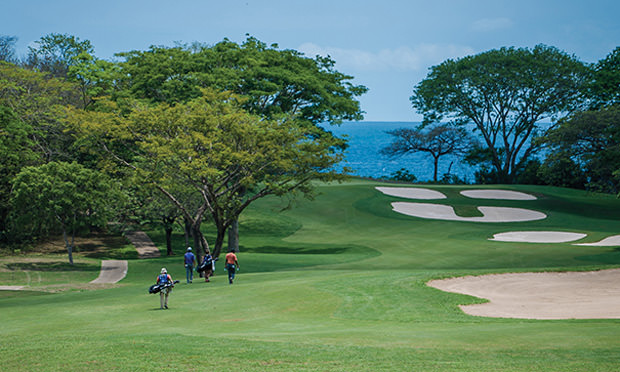 Golf reigns supreme at Reserva Conchal, but other outdoor activities rank a close second. With one of the top beaches in Central America, relaxing by the ocean is a must, and there’s no better place to soak in the rays than at the resort’s beach club, from which you can launch a kayak or watch humpback whales frolic in the ocean. 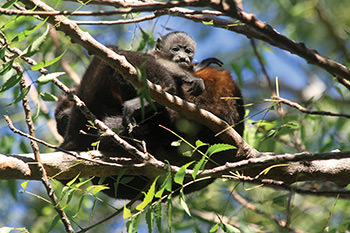 Explore the property’s extensive trail network and Reserva Conchal’s lush, 96-acre wildlife refuge, which is home to myriad species of colorful birds and butterflies, 12 species of mammals (among them coatis, capuchins and howler monkeys), reptiles such as iguanas, as well as multihued amphibians and copious native trees, plants and flowers.

The all-inclusive Westin Golf Resort and Spa, Playa Conchal sits on a pristine stretch of white sand and provides the ultimate in elegance—with personal concierge services at the Royal Beach Club and sumptuous amenities standard of the Westin brand. Additional five-star touches include 10 on-site bars and restaurants—including the exquisite Catalinas, Faisanela and Las Candelas—and the aptly named Heavenly Spa.

Adding even more luxury, in late 2018 the W Costa Rica, Reserva Conchal will open and place this part of Costa Rica among the elite in world-class destinations. The W will offer 151 guestrooms, and con-temporary luxury touches and amenities such as a W Living Room lifestyle lounge, specialty restaurants, meeting space, a destination bar and lounge, an infinity edge pool and spa.

For larger groups or those looking to stay in paradise a while, Reserva Conchal has premium one-, two- and three-bedroom private residences, and a four-bedroom penthouse that overlooks the Pacific. The fall and winter are the best times to visit Reserva Conchal. Vacation packages at the Westin start as low as $249 per night via its Par-5 Golf Package. For those seeking a longer stay in paradise, there’s the Experience Golf Package, which includes seven-night, all-inclusive accommodations. 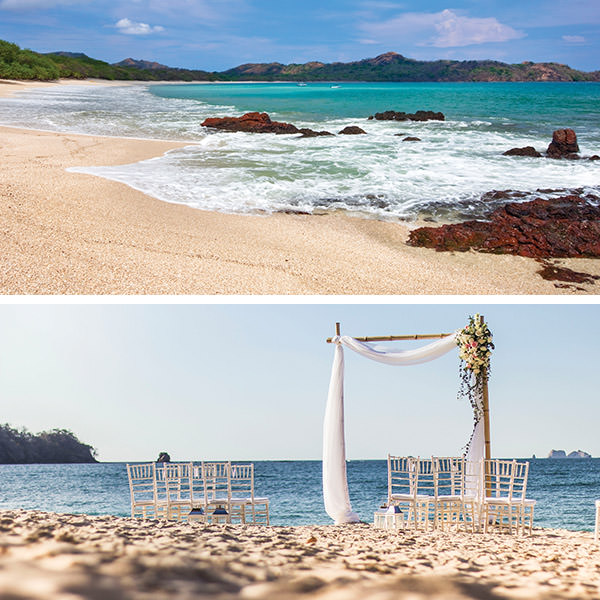 And why Costa Rica versus other tropical locales? Per a recent Happy Planet Index (yes, there is such a thing), Costa Rica was named the “happiest country on Earth” based on global data on life expectancy, experienced wellbeing and ecological footprint.

Costa Rica is also one of the safest countries in the world for Americans. Costa Ricans, known colloquially as ticos, are extremely welcoming and enjoy interacting and helping tourists. The nearest airport, Liberia, is modern, and clean, and you can usually be off the plane and on your way in less than 15 minutes. Major carriers fly into Liberia from Denver with only one stop, and then it’s a scenic one-hour drive to Reserva Conchal.

PrevPreviousLive the Verde Life in Arizona
NextDiamond in the Desert: SunRidge CanyonNext