The Colorado Golf Hall of Fame will induct two new members at its annual gala on May 20 at Sanctuary Golf Course in Sedalia.

The Colorado Golf Hall of Fame will induct two new members at its annual gala on May 20 at Sanctuary Golf Course in Sedalia. 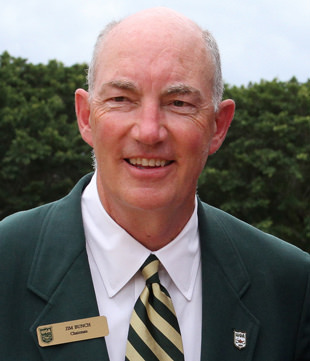 A 75-year-old attorney and investment banker who belongs to Denver Country Club as well as to the Royal and Ancient Golf Club of St. Andrews and Prestwick Golf Club in Scotland, Bunch has held prominent volunteer positions in both the Western Golf Association and the USGA.

His involvement in the former organization, which oversees the Evans Scholars Caddie Scholarship program, stems from his experiences as a caddie at clubs near his hometown of Skokie, Ill. Looping at the Glen View Club, a mile from the WGA headquarters, he was so impressed by the leaders at the WGA that he vowed to become one.

Which he did in 1992, becoming a WGA director from Colorado, where he’d lived since 1970. In 2012, Bunch ascended to the top volunteer position of WGA chairman. His two-year term resulted in the addition of a 15th Evans Scholars House (at the University of Oregon) and the BMW Championship—the signature fundraising benefit for the Evans Scholars Foundation—twice being named the PGA Tour’s Tournament of the Year.

In 2014, with Bunch chairing the board of trustees for the Evans Scholars Foundation, the BMW took place at Colorado’s Cherry Hills Country Club, for which it again received the Tournament of the Year honors. He remains chairman of the ESF.

Bunch served on the 15-member USGA Executive Committee from 2003 to 2010. He chaired the organization’s Rules of Golf Committee, Grants Committee and Finance Committee, as well as the Bob Jones Award Committee. He resigned that post principally to devote more time to the WGA.

The University of Colorado has had an Evans Scholars house since 1967. 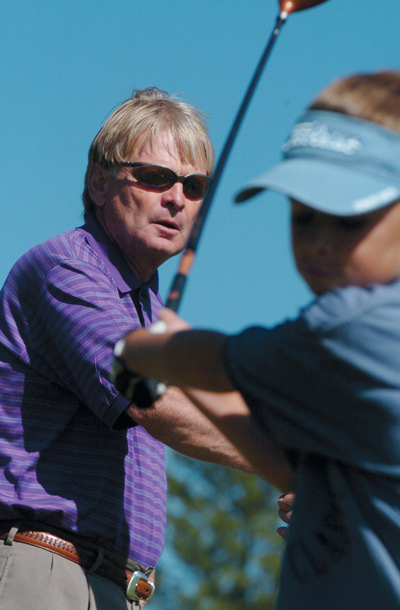 He became president of the Colorado PGA Section in 1988, and in 1990, the organization named him its Golf Professional of the Year—an award he would also receive in 1991 and 1992.

He left Bear Creek in ’92, and for the next 10 years at the Riverdale and Englewood courses, his passion for teaching juniors began to shine. In 2002, he became the first director of instruction at The Golf Club at Bear Dance, where he wrote the first in a series of six children’s books called The Golfsters. The books teach golf and life lessons, with easy-to-understand instructions, including pictorial guides for adults.

In 2003, he earned the Colorado PGA’s Teacher of the Year award, and, three years later, its Junior Golf Leader of the year honor, after he had established the First Golf & Literacy Elementary School Program in the Denver Metro area. His influence on junior programming extended into the Denver Public School system, where he brought a popular golf curriculum to physical education classes.

In 2007, this devotion to and success with juniors earned him the prestigious national PGA Junior Golf Leader Award.

The Colorado Golf Hall of Fame followed suit by naming him its Golf Person of the Year in 2008 (See video below).

The PGA Master Professional’s work helped pave the way for the Colorado PGA Golf in Schools Program, which began in 2011 and has reached in excess of 70,000 students.

“I have personally watched Danny teach with his system at a school,” Colorado Golf Hall of Fame member Clayton Cole said. “I was so impressed with the program and how the kids responded to him. You could see their progress with the golf swing in one hour with his program.”

“What I want most is to convey his passion and his want to bring children to the game,” said 2016 Colorado Golf Hall of Fame inductee Ann Finke, who was also recognized by the PGA of America as a national Junior Golf Leader in 2010. “His ideas and vision led to the eventual restructuring of all junior golf in Colorado.”

Distinguished Service Award: The Colorado Women’s Golf Association
The non-profit CWGA, which has ably and dynamically served Colorado’s female golfers since 1916, has long enjoyed a stellar reputation among amateur golf associations across the country. As of January 1, it will join forces with the Colorado Golf Association (CGA) to create one strong state association that serves everyone. “We believe the opportunity to grow and expand golf in colorado for the next 100 years lies through developing one strong state association that serves everyone,” said CWGA President Juliet Miner, who will serve as co-president for 2018 with CGA President Joe McCleary of the new Colorado Golf Association. “This structure will elevate the importance and profile of women golfers who represent the fastest growing segment in the golf industry.” 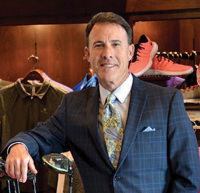 Golf Person of the Year: Mark Pfingston
The PGA head professional at The Golf Club at Bear Dance in Larkspur will receive the PGA of America’s Merchandiser of the Year for public facilities today (November 1) at the 101st PGA Annual Meeting in Austin, Tex. He has won the PGA Colorado Section’s version of the award three times (in 2005, ’15 and ’16), and his 900-square-foot store has long set the high-water mark for top-of-the line merchandise and superior customer service. This is the second time in the last three years—and the fourth time in the last six—that the PGA of America has recognized a Colorado PGA golf professional as its Merchandiser of the Year. Fossil Trace‘s Jim Hajek won the 2015 award, as well as the 2016 Golf Person of the Year.

Lifetime Achievement Award: Rich Billings
A longtime supporter of the Colorado Golf Hall of Fame who served on its board of directors for 24 years, the principal of Golden-based Billings Investments has been involved in numerous Colorado junior golf programs and has served on the boards of the Jefferson County YMCA, Lutheran Hospital and the University of Colorado and University of Kansas Scholarship Funds.

A new award, to be given annually to an outstanding Colorado boy and girl player under the age 20, this year goes to the same players who recently earned the Junior Golf Alliance of Colorado’s 2017 Players of the Year.