The Toyota Tacoma is indeed an exceedingly successful, tough truck that has until recently controlled three quarters of the midsize pickup truck market. 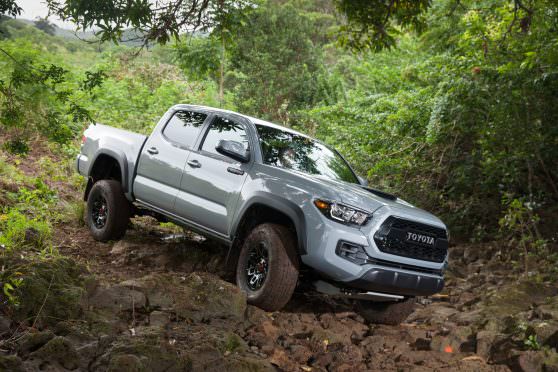 What can one say about a vehicle that basically never breaks, never looses value and appeals to so many people that they can barely build enough of them—even running factory three shifts, seven days a week? While there might be a bit of hyperbole in this description, the Toyota Tacoma is indeed an exceedingly successful, tough truck that has until recently controlled three quarters of the midsize pickup truck market.

Topping the range with a TRD Pro range was an obvious step for Toyota. While it is indeed better off

road than the TRD Off Road model, and has some sweet upgrades like Fox dampers with internal bypass valving to take the big impacts better, unique body addenda, wheels and colors, the value equation favors the superb, less expensive model.

That’s not to say the TRD Pro isn’t accomplished; its 1-inch increased ride height, thick skid plate and those sophisticated shocks give it prowess in the soft and/or slippery stuff that is rivaled or exceeded only by the Chevrolet Colorado ZR2 and perhaps Jeep Wrangler Rubicon.

The driveline is unchanged, meaning a stout, if slightly harsh, 278hp, 3.5-liter V6, 6-speed automatic (or manual), 2-speed transfer case and locking rear diff. On the pavement, the TRD Pro doesn’t improve on the Tacoma in the way that, say, the Tundra version does. It doesn’t ride better despite the expensive damping, or steer better, as the tires are the same Goodyears as the Off Road model. It still runs to 60mph in the mid-7sec range and gets 18-20mpg in real-world use.

The Toyota is nice inside, the architecture of the cabin that debuted with this latest generation being

pleasing to the eye and chock full of functional and easy to use tech and creature comforts like heated leather seats, sunroof and a decent sound system. But since you can get all that in other Tacoma models for $7,500 or so less, it will be interesting to see if the TRD Pro shows the same, insanely low level of depreciation as other models.

Regardless, the Toyota is still one of the savviest places to park your money if you want a vehicle that signals your adventurous nature and has the hardware to back it up. 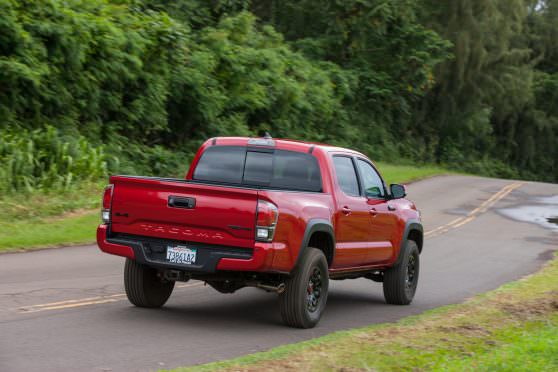